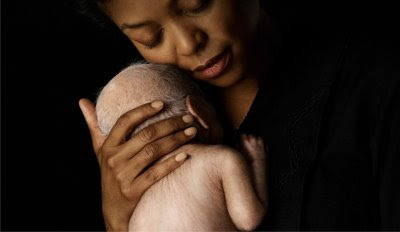 As long ago as 1860 it was the proper thing to be born at home. At present, so I am told, the high gods of medicine have decreed that the first cries of the young shall be uttered upon the anaesthetic air of a hospital, preferably a fashionable one. So young Mr. and Mrs. Roger Button were fifty years ahead of style when they decided, one day in the summer of 1860, that their first baby should be born in a hospital. Whether this anachronism had any bearing upon the astonishing history I am about to set down will never be known.

I shall tell you what occurred, and let you judge for yourself.

The Roger Buttons held an enviable position, both social and financial, in Antebellum Baltimore. They were related to the This Family and the That Family, which, as every Southerner knew, entitled them to membership in that enormous peerage which largely populated the Confederacy. This was their first experience with the charming old custom of having babies--Mr. Button was naturally nervous. He hoped it would be a boy so that he could be sent to Yale College in Connecticut, at which institution Mr. Button himself had been known for four years by the somewhat obvious nickname of "Cuff."

On the September morning consecrated to the enormous event he arose nervously at six o'clock dressed himself, adjusted an impeccable stock, and hurried forth through the streets of Baltimore to the hospital, to determine whether the darkness of the night had borne in new life upon its bosom.

When he was approximately a hundred yards from the Maryland Private Hospital for Ladies and Gentlemen he saw Doctor Keene, the family physician, descending the front steps, rubbing his hands together with a washing movement--as all doctors are required to do by the unwritten ethics of their profession.

Mr. Roger Button, the president of Roger Button & Co., Wholesale Hardware, began to run toward Doctor Keene with much less dignity than was expected from a Southern gentleman of that picturesque period. "Doctor Keene!" he called. "Oh, Doctor Keene!"

The doctor heard him, faced around, and stood waiting, a curious expression settling on his harsh, medicinal face as Mr. Button drew near.

Doctor Keene frowned. "Why, yes, I suppose so--after a fashion." Again he threw a curious glance at Mr. Button.

"Is my wife all right?"
"Yes."
"Is it a boy or a girl?"
"Here now!" cried Doctor Keene in a perfect passion of irritation," I'll ask you to go and see for yourself. Outrageous!" He snapped the last word out in almost one syllable, then he turned away muttering: "Do you imagine a case like this will help my professional reputation? One more would ruin me--ruin anybody."